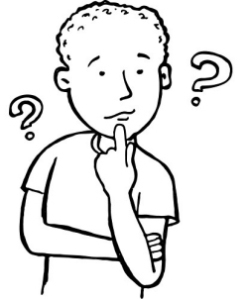 This morning I was watching video of a portion of what transpired last night in regards to protests, riots, looting, etc. I was saddened beyond belief…we, as a country, were/are eating ourselves alive. Nothing short of social and cultural cannibalism.

There was senseless violence, looting of stores and businesses, fires, angry confrontations, random and ridiculous acts of destruction. Journalists specifically targeted and injured by police…intimidation as a goal. Then something interesting happened…a change started to occur in what I was seeing.

A video clip showed a youngish man was using a hammer to break bricks apart on a sidewalk; he was passing them out to a couple of young people who left the view of the camera. I can only assume what their intention was…criminal/destructive behavior. But, then a miracle took place! Several young men dressed similar to those with the bricks appeared and tackled the guy with the hammer, wrestled him to the ground, subdued him, then it got even better.

Unknown to me because of the camera angle there was a line of police maybe 50 feet from what was happening with the hammer guy…and the police did nothing. But, the young men that had subdued hammer guy wrestled with him while dragging him over to the police…and then turned him over to police. It was amazing…hammer guy was not going without a fight. So here was this one group of young protestors wrestling with the police helping them to get hammer guy under control. Once hammer guy was on the ground the police officers could be seen calmly tapping the protester assistants on the shoulders and obviously telling them they had it under control.

The young protestors walked away from the police and resumed their peaceful protesting. Amazing!! And it truly touched my heart. Was this an isolated incident or more widespread?

Then another video where a Sheriff, not a deputy, in Michigan, was standing with a group of deputies facing off with a group of very angry protestors. Another violent confrontation in the making. The Sheriff then did an amazing thing he took off his riot gear and approached the crowd asking to speak with them. About 20 mins later there was a bond in that small community interaction, the situation defused, the crowd dispersed, the officers left…and all had the understanding that the killing of George Floyd was horrific, criminal, unacceptable, and not going to happen in their community.

Then another video with another tense stand-off. But, you could see some of the protestors, angry to be sure, started talking to the front line police officers. I thought to myself that this was going to spark a violent encounter…I was wrong…oh so wrong. The crowd started chanting something like “kneel for George Floyd” and some of the protestors started kneeling. Then a couple of officers knelt, then more, then more. Next thing you knew there were protestors and police officers kneeling together and you could see the tension drain from both sides.

Then video from another large city where another large and tense crowd approached a line of bike officers…another powder keg. Chanting, shouting, tension…everything for another spark to ignite violence. But the officers didn’t get all macho Rambo…an officer approached the crowd and spoke with a couple of their apparent leaders. The conversation didn’t last long but the officer explained that they thought the killing of George Floyd was absolutely unacceptable behavior and they stood in solidarity with the protestors. The officers momentarily knelt…then walked away. The protestors milled about for a few minutes and then they too dispersed on their own accord. Within 10 minutes video showed virtually no one in that area of the city.

In Washington state another angry crowd formed…again, protesting the murder of George Floyd. Police officers showed up…in regular duty uniforms not military gear. The city police chief stepped forward to speak to the crowd…he was greeted with apprehension but was allowed to speak. A protest leader stepped up to him and handed him an electronic megaphone so he could be better heard. The chief spoke for a couple of minutes then answered questions from the crowd members. Some of the questions were tough, a few a bit rude. But the chief answered them all…it lasted about 30 minutes. At the end a protest leader got up and spoke well of the chief and “their” police…he asked people to remember what he said, respect them, and only protest peacefully. The officers left…the protestors continued walking and chanting…no sign of violence to be found anywhere.

My point?  A personal one to be sure…but important as well. Remember I spoke about avoiding binary choices? Remember I spoke about letting locals solve their own problems? Remember I spoke about using something other than militarized police or the actual military? Well, it can work! No, not every time…I understand that. But, I clearly saw where peace officers were proactive and engaged with the public, worked with those protesting, understood the actual problem(s), dropped the Rambo attitude, considered community over subjugation, valued life over submission…solutions were found.

It also takes protestors using reason and understanding to know when they have won. When you have police officers turning into peace officers it is time to understand you won…and then work together with those officers to form a better community. To give hope that all life can improve and overcome the evil that is out there.

Yes, there will continue to be senseless violence, destruction, looting, and all manner of evil in our cities over this and future injustices. But, for those who set their pride and ego aside, for those who will allow themselves some humility, there is hope. Hope for a strong, united, compassionate, and just community. People working together to make life, all life, better. A hope that differences and injustice is not met with tear gas, bricks, rubber bullets, thrown water bottles, martial law, fires, flash-bang grenades, looting, brutality, and a police state.

We have to, we must, avoid binary choices! We must step outside of the box, step outside of ourselves. We must meet others halfway…hell, meet them more than half way! We must work together to solve problems and defeat evil…ALL evil regardless of where it is found.

It is not hard to understand. There are forces at work in this country, in this world, that are trying to divide us, to conquer us. And when we allow them to divide us…EVERYONE loses. The officer who killed Floyd was a thug with a badge…nothing more than a sad, pathetic excuse for a police officer. And those who are burning, looting, and attacking police officers are no better…worse in my opinion in many ways.

Who are they that wish to defeat us? Well, that is another whole discussion for another day. But, I would wager that most, if not all, of you know who they are.

We are in an unprecedented time in US history. We have a pandemic, we have a crashed economy, we have massive unemployment, we have a political system that is broke and getting worse, we have financial catastrophes coming at us that can easily crush us, we have politicians who wish us harm…if we allow it. Don’t allow it! Find solutions…don’t feed your ego. Work out problems with positive “win-win” resolutions…don’t go macho. Use humility when dealing with others…defeat ego driven decisions.

No, I am not advocating the abrogation of God-given rights, nor nonperformance of public or private duties and responsibilities. I am simply asking you to work together within your community to do what is right.