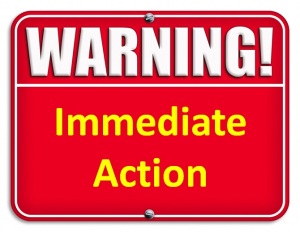 With all the recent federal law enforcement activity, specifically the FBI, there is allegedly an increase in violent threats targeting federal agents, federal LEOs, and federal employees in general. And since the FBI raid on former President Trump’s home those threats have allegedly increased significantly.  There are no third-party or unbiased confirmation of the threat increase. However, both the FBI and DHS are claiming that threat increase and doing so in written form.

In addition the FBI recently released a document entitled “Federal Bureau of Investigation – Domestic Terrorism Symbols Guide: Militia Violent Extremism”. That document labels virtually any Republican, any conservative, any libertarian, any veteran, any prepper, and any self-identifying patriot as a potential domestic terrorist and further identifies them as a violent extremist.

These events and actions create a very tenuous confluence of violence and actions on the part of federal agents reacting to a perceived threat, real or otherwise. Any interaction with federal agents could lead to them perceiving you as a violent threat against them, their fellow agents/employees, or any federal facility. The recent alleged attack on an FBI facility in Ohio is being touted as an example of the increased threat level.

Based on the events, allegations, and actions mentioned above you could expect to see:

Based on the increase in what you can expect to see, I am issuing the following warnings:

This is a very stressful and tenuous time for the US right now. I cannot stress enough to keep a low profile at this point, avoid all interactions with federal authorities, and DO NOT take part in any perceived activity that can be seen as a threat to the federal government, specifically federal law enforcement agents. Your life and/or freedom could be in immediate and imminent jeopardy.