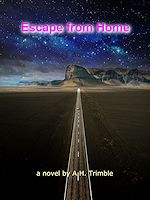 OK, the meeting last night went nothing as expected. And I mean nothing! Actually it was almost a revolt. Thankfully Jim has a real way with people. He should be the leader not me. I just want to be a shooter.

So Jim and I waited until the camp quieted down and we went over to the camp fire, threw a couple pieces of wood on the fire and started to talk. Then Susie and Lisa walked over and sat down. They joined in and said they had a couple things that had to get talked over. Oh boy!

To shorten the story…in less than 10 minutes all the adults, teenagers, and most of the tweens were sitting around all talking. Jim knew that this wasn’t going to work, and probably not turn out well. He stood up, asked for an opening prayer. After that he suggested that each person got to speak for a couple of minutes starting in reverse order. That means that the youngest speaks first all the way up to the oldest. That made me last and I wasn’t crazy about that. What I had to say they didn’t need to hear.

Turns out that Kurt was the youngest there. He got up and was scared and didn’t want to talk. His dad just patted him on the back and Kurt very quietly said, “I don’t want to die, I don’t want any of the kids to die either, and I’m tired, I don’t want to walk at night…it scares me.” And he sat back down sobbing uncontrollably.

I noticed that Lisa was writing down notes in her book, I bet she is recording what he said. He is the Admin Section Chief after all.

It was then I noticed that all the Ops folks were there, including Jared. That meant no one was doing SecFor. I was going to say something, then decided against it. This was a meeting for everyone. We all had to hear everyone else and have an opportunity to voice what we were thinking. Better yet, what we were feeling.

Melissa was the one that surprised me the most. She was really mad, she was trembling that turned into full-on shaking as she spoke. She said she would not ever be raped, she would kill anyone who tried it, and kill herself if she had to before she would let it happen to her. She was sitting with her team (Charlie Team) and not her family. Nancy hugged her, then the whole team did…they were sitting slammed up next to each other. Tight!

Everyone had concerns…lots of them. Some dramatic like Melissa and Kurt. Some wanted better food. One adult wanted something better to sleep on. Get real! We are in the desert.

When it came to my turn I just said everyone else had covered my concerns. Matt hollered out…”Cop out!” Someone else shouted out, “You don’t get off that easy!” Jim asked me to try again. Dang!

It got real, real quiet. What they said and who said it surprised me…it was Beth. She said, “You’re not in this alone, you’re only mortal, and you can’t do it all. We are in this together.” Everyone started talking again at once. I started breathing again. I felt like crap, a big pile of crap.

Jim brought it back to order and asked Lisa what the number one issue had been. Lisa scanned her notes for a couple of seconds, “Basically, it is the walking at night that is the biggest issue.” Jim shook his head and, “Does anyone have any suggestions on how to deal with that?”

Joe spoke up very quickly, “Yeah, don’t! Don’t travel at night. We can walk during the day.”

Everyone that I could see was nodding their heads in agreement. Jim was looking straight at me. I just shrugged my shoulders. At that point I didn’t really care. I didn’t really care much about anything right then, I was thinking about little bruised and broken Teri buried in the ground less than 150’ from where we were sitting. I was thinking that a little girl like that shouldn’t be covered with dirt in the middle of the desert. I was thinking I was going to kill someone for that.

Jim suggested that each of the Section Chiefs check with Lisa and see what issues fell into their area of responsibility. Think it is over, talk about it with others, and come up with some suggestions. We would meet again at lunch tomorrow.

So there we were…I hate meetings, I hate committees, I really hate leadership by committee…and here we had leadership by the entire group. How’s that going to work out for us!? I don’t want to lead anything.

Ken said they (Bravo Team) would head back out as SecFor, Matt reminded me that they (Charlie Team) was RIT, and they both looked at each other then at me. You guys get some sleep, we can carry the load tonight. We can talk in the morning about the Ops issues at breakfast…all of us. Jared was standing off to the side grinning and shaking his head. When Ken and Matt left Jared walked over and slapped me on the back, “How’s leadership working out for you now Chief?”

I hate Jared! I just shook my head and started to walk away. He called out…”Welcome to the world of High Reliability Organizations!” That struck a cord…he was 100% right.

I’ve got some thinking and figuring to do. But, I also need some sleep…and I am starving. My heart and soul hurt. I wonder if I will ever feel normal again