In the first article of this series I explained how humans “see” things, talked about what stands out, and where humans naturally don’t look. I also went into a couple examples of “narrative” and how that factors into humans’ ability to spot other humans.

If you haven’t read that first article from yesterday I would suggest that you do. It will make reading this article easier for you.

I ended the first article with the following pictures and asked a couple of questions. Review time…

So let me use visual examples as reference. Below is an example of the environment around where I live. And there is a man standing in that environment about 30 yards away from the camera.He is wearing a typical t-shirt.

Where do your eyes naturally go to? Where does your gaze come to rest almost immediately?

Based on what I talked about in the last article, why does you gaze come to rest in that location?

If you are like the vast majority of people your eyes came to rest on the white t-shirt or the glare of white spot just above and to the right of the man. What didn’t hold your gaze at all?

Now he is dressed in rather normal street clothes with a baseball cap. How does that work out for him? 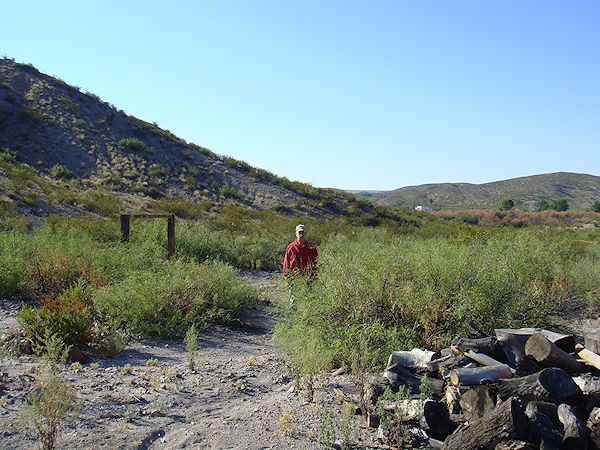 Given the surrounding environment in the picture, what did you mind expect to see? In which picture was the man easier to see and why?

Remember what I said earlier about narrative and bright areas?

Your mind is trying to create a story about what the desert southwest should look like. And along comes a guy in a red shirt in the desert. Your mind immediately senses the situation and identifies him. In a grid-down this would be called “threat recognition.”

Is the guy truly a threat? Who knows. But until everyone is proven to not be a threat, anyone is considered a threat. 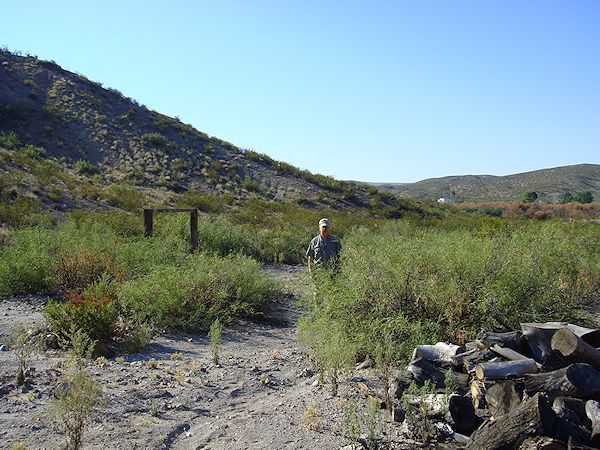 So why does he blend in more now with the simple addition of a green shirt?

Now, we put a CADPAT-AR long-sleeve shirt on him. And you think? 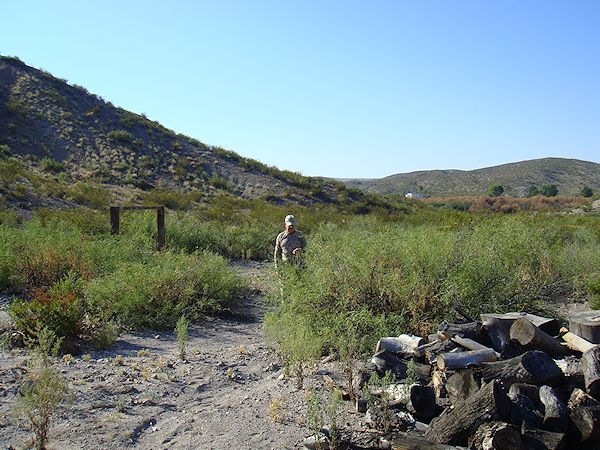 Notice he is now looking down, does that make any difference?

What sticks out the most on him now?  Why?

Now we change the color of his hat, same style hat, just a different color… 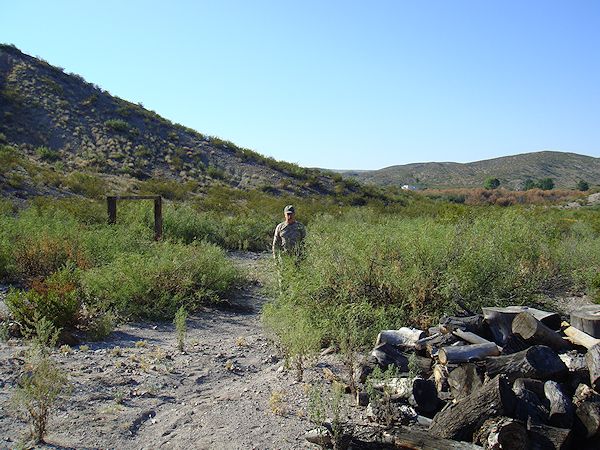 Now we put a multicam BDU shirt on him with the Mandarin collar up.

So now what sticks out the most and catches your eye in the picture above?

Did you focus on his head…were your eyes drawn to his head? Why?

In the next picture all we did was change the style of hat. We put a multicam “boonie” hat on him. Look closely at the picture and identify what changed in your mind. 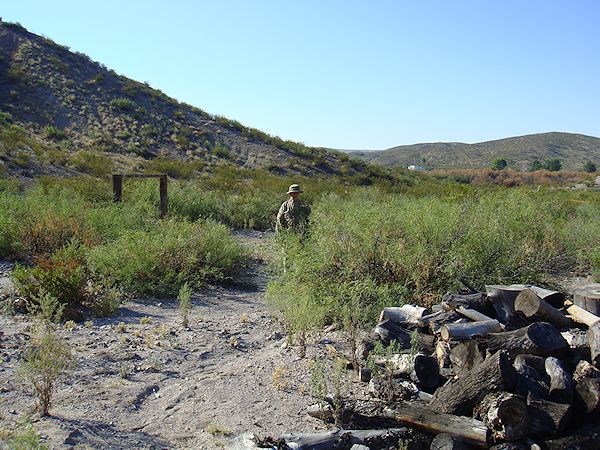 Notice how changing the style of the hat breaks up the shape of the head? Humans are genetically predisposed to noticing the shape of a human head, eyes as well. It is a defensive response to avoid becoming prey of a human predator.

Remember what I had written in the last article about “shadows” and the affect it had on how humans see things? So what is the major problem here?

Yup, the sun is glaring on one side of the man. And that creates a shadow on one side…it is unbalanced and out of place, plus it creates definition.

So, now we are ready to put some “battle rattle” on the man. Let’s see what affect that has.

Did all of that equipment, pouches, etc. make a big difference in how easy it is to see the man?

If you want to know more about why his vest blends in so well you can read my article on Tactical Vests. < click here to read the tactical vest article >

How easily can you see his legs? Any thoughts to why?

They are A-TACS pants in the AU “Organic” pattern.

So why not use the same camo pattern for shirt and pants? Well, look at the pants in the environment that they were designed for. Now, look at the shirt. Pretty impressive, yes? 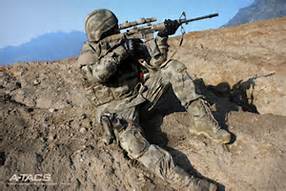 We’ve seen the front of our camo’d man, how does he look from the back?

Still appears to be blending it quite well. But, let’s take a closer look at his gear… 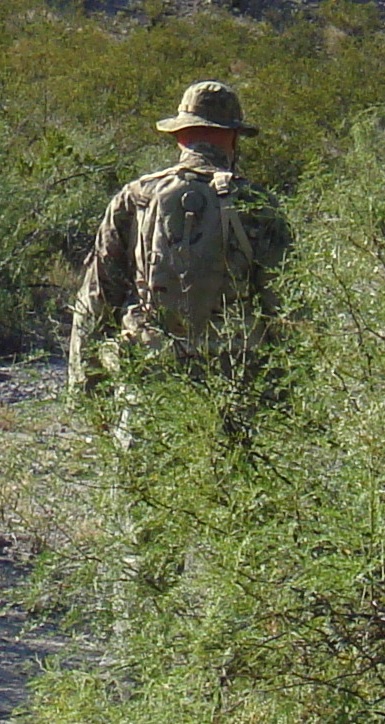 The man is now wearing a hydration back with his tactical vest. The hydration pack is a Desert 3-color pattern. Does it work as camo? Does it blend in?

So why did I go with a Desert 3-color and not multicam for a hydration pack? Practicality is the only answer I have for you. The surplus 3-color hydration pack costs less than half of a new multicam hydration pack. The 3-color works just fine…for less money

Note: Look at the picture above again. What stands out the most? Don’t look too long, don’t over analyze it. Most people says the plan khaki colored straps stick out the most. If that is the case, what could you do to reduce the prominence of those straps?

In the next post I will continue working on this guy’s camouflage clothing to see just how effective it can be. Patience…tomorrow will come soon enough.