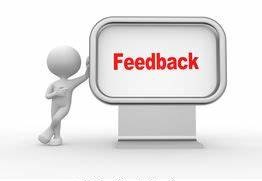 “While I appreciate your alerts, I’m not sure that this qualifies as a hoax. This model could turn out to be accurate. The deaths due to Covid-19 in the U.S. are growing exponentially. We all hope that doesn’t continue, that as the weather warms up this thing slows down, that treatments like chloroquine work, and that other successful treatments are discovered along with a vaccine.”

It is a hoax…in my opinion. They took a snap-shot sample of data in the MOST infected area of the country, during a time when it was growing the most rapidly for their model. There are several articles that were almost immediately published that have already discredited their report. But yes, there is always the chance that their model will be correct…but it is a mighty slim chance. And I am sure both of us hope they are wrong.

So, that being said…can we agree it is a very probable hoax?

Also, another note: The reason COVID-19 will more than likely slow down (as all flu does) as summer approaches is the sun. Flu viruses are very susceptible to UV (ultraviolet) light…it kills the virus. But, a word of caution, the Spanish Flu also died down during the summer, then came roaring back that fall.

Barry responded to my response…

“If you are modeling a hurricane in the Gulf do you use weather data from the Pacific North West? If you are trying to model an outbreak doesn’t it make sense to model the area currently getting hit the hardest? We can hope other areas don’t get hit as hard but the pattern will probably be similar. All areas being hit will experience their own curve.

At this time the average flu numbers look much worse. However we’re still early in the cycle and still on the way up on the bell-shaped curve. The number of cases and deaths are doubling every few days.”

If you are modeling a hurricane in the Gulf you use Gulf data because the model’s projections only apply to that specific hurricane, in that specific location, during that specific time-frame, based on a very specific snapshot of data. So, we agree on that. So you can’t predict hurricanes in the Pacific Northwest based on data from the Gulf of Mexico. Entirely different data set (i.e. location, environment, temperatures, winds, tides, ocean currents, etc.) applies.

So any projections of the COVID-19 based on the state of Washington would only apply to the state of Washington (or general geographic area). And that would only be true if the data snapshot they used for the model was valid and reliable (i.e. credible). I am posting an article today that shows that these guys, and most so-called “experts”, are using math projections that are entirely wrong…”by orders of magnitude”.

But getting back to my point, no projections based on Washington data applies to anywhere else. Well, maybe to Oregon due to its close proximity. But, if the data snapshot came from an urban area of Washington alone, then the projections wouldn’t even apply to the rural areas of the state of Washington due to significant social differences (i.e. space between homes/property, number of daily interactions with people, contact with contaminated surfaces, healthier life style, etc.).

“...the pattern will probably be similar…” Again, no area where COVID-19 has appeared repeats the exact outbreak pattern or the same statistical numbers. So no, I don’t believe the pattern will be the same because that has not been the case so far. Similar? Maybe. But so far, the differences in pattern are greater than the similarities in pattern.

“All areas being hit will experience their own curve.” Absolutely true! And in each area, as more data becomes available, it is proving that statement to be true about experiencing their own specific bell curve. So each area is different in all aspects…with one exception…it appears that ALL mortality rates are grossly overstated. It appears now, based on the entire outbreak data pool and accurate application of mathematical formulas, that the true mortality rate could be somewhere between .1% to .06%, with the more accurate estimate closer to the .06%. However, if it is indeed as bad as the .1%, then the COVID-19 mortality rate matches a normal flu season outbreak’s mortality rate. And those numbers are almost certain to change as more valid and reliable data becomes available.

“The number of cases and deaths are doubling every few days.” Well, not entirely accurate. While the number of reported deaths are doubling approximately every four days may be somewhat accurate. We have absolutely no idea how many new cases there are…not even a clue. Why? Because; 1) there are simply not enough test kits, 2) many people who contract COVID-19 never show symptoms, 3) many people who show symptoms never have them severe enough to go to a doctor or the hospital, 4) many people who go to a doctor or the hospital never get tested because there aren’t enough test kits, 5) there are numbers now showing that, depending on the brand/type of test kit, there could be result error rates from 30 – 50%. So we still don’t have a good picture of accurate numbers…and probably won’t until well after the COVID-19 issues passes. And then it will still be estimates…albeit better informed estimates.

Thank you again Barry for the great interaction. I appreciate your free thinking and willingness to engage. Please keep it coming. While we both may have our opinions set in-place…others may benefit from our exchanges.

Send Me Your Feedback & Comments…