So how exactly do you identify who in a post-collapse is what type of person in today’s world?

Well, not real hard in some situations but it can be challenging and very tricky in others. So it is best to start with what type of person is now as to what they are likely to be when the stuff hits the fan.

Yes, this is generalizing people in broad categories; while in reality each person is different and unique.  Not all people may fit these generalized descriptions, but it is a starting place.  Here is a good start on identifying folks and what they look like today to know what they will look like in “grid-down”…

Sheep – This category will be the largest category of people, I am thinking upwards of 80%, maybe more, of all people. This is a pretty 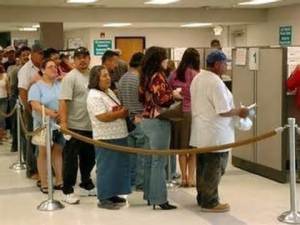 easy category to recognize now. Almost to a person those that will become sheep are the basic liberals and Democrats; anyone who is a big supporter of the government (that includes most Republicans and Conservatives). Obviously, anyone who currently receives government handouts will continue that mentality and expect to continue to receive those handouts…disaster or not. Also, this category will contain almost all of your neighbors, fellow church and community members. Virtually all academics (all grade levels, including college professors) and many doctors are in this category. Some people, such as doctors and academics, may start out thinking they are herding dogs or owner/masters, maybe even sheepdogs. But will soon be relegated to sheep status due to lack of survival skills and proper preparations. So don’t let current profession or academic status fool you.

The sheep are not a bad thing!  Sheep can be very productive after a disaster has hit because there are plenty of tasks and chores that need done; sheep are perfectly capable of performing work.  They can also perform supervisory responsibilities.  But do not expect the sheep to stand up on their own to defend themselves or others, for the most part it is simply beyond their capability. These “sheep” are your fellow citizens and probably family members as well. And….regardless…if you are a sheperd or sheepdog you have some responsibility to care for sheep.

Predators (wolves) – This is also a fairly large category of folks, probably somewhere in the 10% range. They are also

likely to be easily recognized. They are low-lifes now and will be low-lifes post-disaster.  They are the criminals of today with rare exception. One notable exception will be someone who is otherwise a “sheep” in today’s world but sees the benefit of

being a predator once it becomes clear that it gives them power.  There are far more male predators than female predators. But the true Alpha or Beta female predators are seriously dangerous and ruthless. Sexual predators abound…even dressed in Dockers. They try to leverage their resources to take advantage of people for physical gratification. However, should trickery not work they will resort to outright violence to get their sexual gratification and other needs met.

Herding Dogs – This is a somewhat tricky category due to their close resemblance to sheepdogs. This category represents about a 2 – 4% of the population.  Herding dogs

will generally be Type A personalities but not strong leaders. They are more likely to be along the lines of a Beta male/females in today’s world. Many military, current and former, will probably fall into this category. Same would be true for law enforcement officers. Position in the food chain will not usually determine herding dog status or not. For instance, a deputy sheriff from a small county department is more likely to not be a herding dog, but a sheepdog. Whereas, LEOs from large police departments and state LEO agencies, or any all federal agencies, will almost certainly be herding dogs.

instincts are there and can be seen in their current daily jobs/activities. Those negative herding traits usually display themselves quickly when dissent is voiced or their authority is challenged. Herding dogs will not tolerate having their authority challenged, especially by anyone they see as a sheep. By default they do not like sheepdogs due to the sheepdogs’ closer relationship with and dedication to the sheep. The loyalty of sheepdogs is also seen as an inferior trait by herding dogs.

Herding dogs try and control sheepdogs by whatever current authority they have. Herding dogs respond to command authority in today’s world, readily accept being told what to do, and rarely (if ever) question authority. They will only feel secure and safe when they are in control of the situation and in control of others. A common way to identify a herding dog is to listen for, “Hey I don’t make the laws I just enforce them.” or “I was just following orders.” Both statements show intense weakness of character and lack of ethics.

Liberals and Democrats in general hate the concept of sheepdogs because 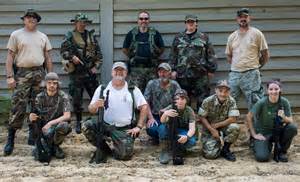 they embrace, and far prefer, herding dogs. Liberals, democrats, and republicans love sheep, they want everyone to be sheep with the exception of herding dogs (if they can control them). And yes, some liberals and Democrats, and most Republicans, see themselves in the roles of herding dogs and owner/masters; all Progressives do…99.999% of politicians do as well. And that is why they have a natural enmity towards sheepdogs.

they are the ones helping mow an elderly neighbor’s grass or shoveling the snow off their walks. The reason I said “not always” is because predators will use those acts of apparent kindness and helpfulness as a tactic to engage potential prey (i.e. social engineering). The difference is a sheepdog does it because it is the right thing to do, a herding dog does it because he was trained, or told, to do it.  And a predator does it because it is a way to gain access to prey.

Owner/Masters – This is an easily identifiable group in today’s world. Mostly they are politicians, community leaders,

media celebrities and heads of businesses (mostly large corporations). They tend to be rich and include all of the country’s elite old-money families, and most of the new-money families as well. However, they can also be low-level bureaucrats and mid-level government employees. These are people who

currently have some authority and feel they are entitled to special treatment and especially being able to control others.

For the most part:

Generally, these folks already have a power base of one kind or another. They actively engage in expanding their existing power base any possible way they can…usually through money. One of the “groups” that are the most dangerous are unions, particularly unions that have been known for violence such as teamsters, miners, and pipe-fitters…to a lesser degree public employee and police.

Shepherds – This is the rarest of person in today’s life and especially after “grid-down” has occurred. They are a 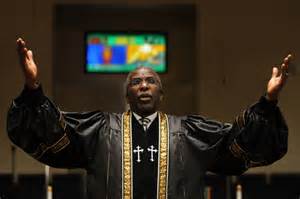 small fraction of 1% of the population Most people will be mainly concerned with survival and that means securing resources and power. Shepherds are not interested in either. They focus, almost exclusively, is and will be protection of a flock. There will be no desire to be exalted above the sheep, any indication to the contrary will indicate that you are actually dealing with an owner/master NOT a shepherd. Shepherds will recognize sheepdogs and appreciate them and be grateful for their support. Shepherds also are generally able to recognize herding dogs and the inherent danger they present. Shepherds most likely try to convert herding dogs into sheepdogs. They will probably be successful to some degree in this and exhibit great patience in this effort.

Shepherds’ behaviors and action should never be confused with any form of cowardice. A shepherd will be ferocious in defending the flock and will do anything within moral and ethical bounds to do so. A shepherd who has been a sheepdog, especially a trained sheepdog, is especially competent and able to defend the flock. A shepherd must be cautious with their own ego and desires. Should a shepherd begin to place his own needs and wants above the welfare and needs of the flock they can quickly slip over into the category of owner/master. And they will likely turn into a very capable and brutal owner/master since the moral and ethical foundation will have been removed. Rare (extremely) will be the shepherd who converts to an owner/master.

2 thoughts on “POST-DISASTER PERSONALITIES : Part 2 – How to Identify Them In Today’s World”