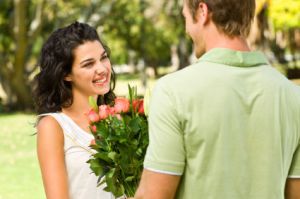 Yeah, I bet that got your attention! Yeah, and I know what the answer is…”No!”  Well, at least that would be (or should be) the answer for those of you that know me 😉

A few weeks ago my prepper buddy & battle buddy made a statement to me that I thought was interesting. Not the exact words, but he said something along the lines of, “If it doesn’t fall apart by the end of September I am done with being prepared!”

I remember at the time I was a little taken back and I really didn’t respond to that statement, I just continued on to another subject. But, another interesting thing I’ve noticed the last couple of weeks is his interests shifting towards things other than prepping. He doesn’t even really bring up any negative news items like he used to. No, he has not abandoned prepping, he is just taking a little break and focusing more on other things such as family, work, music, his cars, etc. And that is fine with me.

OK, set that little tidbit of information aside…on to the next item I want to share. I frequent another prepper website, mostly Christian folks, patriots, conservative, etc. What has been interesting over the last 6 – 8 months is the shift in their collective attitude. There has been and is much more focus on things other than true prepping. A lot of dreams, visions, conspiracies, and books about the same subjects. And, a whole lot of projection of hard dates for the economy to fall apart, for martial law to be declared, for the stock market to crash, for earthquakes to split the continent, a meteor to strike the earth, etc. What I find interesting is not the event itself, but the fact they were actually setting firm dates for these things to happen. And of course when none of those events occurred you can imagine what came next.

There is/was a mix of responses. Everything from “we got the year wrong” to “they must be a false prophet” to “oh,

we didn’t read it right,” etc. A few faced the fact that those people that were prophesying those dates just didn’t know what the heck they were talking about.

Now, let me change it up again for a minute and then come back to tie it all together.

In September I was a guest on a Fox radio station in St. George, UT. I was on for an hour-long live segment. One of the questions that Kate Dalley asked me was, “what would happen between now and the end of the year and when did I expect it all to fall apart?”

But, that was not the first time I’ve been asked that question and I will share my answer now.

Why share it now? Because I think it is important to think about this and talk it through. Why? Because I think there are a lot of new preppers out there that are preparing for a cataclysmic event that is imminent. I also think that there a lot of vintage preppers that are looking for some validation to what they have been doing over the years. And, I think there are folks that are looking at the world today and wonder how long we can keep going on like this before it all explodes/implodes into TEOTWAWKI.

Generally speaking I like the idea that people are prepping, I don’t really care what their motivation is, for the most part. As long as they are preparing for emergencies, disasters, and grid-down I am good with it. However, there is a cliff looming up ahead for some, maybe many, preppers if they are not careful.

Yeah, an ugly thing just by itself, but even worse in relation to what I am talking about…prepping.

So normally what happens to people when they get their heart set on something and it doesn’t happen?

What happens to those folks who get all worked up about something they “know” will happen and then it doesn’t?

What happens when good, dedicated people take actions that their family and friends think are maybe just a bit bizarre? And while doing so might have spent money that wasn’t really part of the “extra” category?

My fear is some folks set unrealistic expectations for what they saw coming, wanted to have happen, or worked towards making happen…and then it didn’t happen at all. What will those folks do now?

A well-grounded prepper will be just that…well-grounded, realistic, sensible, and have realistic expectations of what might happen, what will happen, and no calendar for all of the above. Are you well-grounded?

Forty years ago if you would have described an America in the condition it is today, I would have called you

insane. Back then if you would have projected a world like we have now I would have wondered which mental hospital you escaped from.

And that would be true for thirty years ago, twenty years ago, and even ten years ago. I never, ever thought we would have the crap 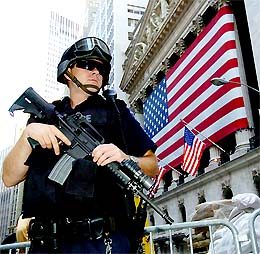 sandwich that we have today in the United States or world-wide. Yup, never in my wildest dreams would I have ever imagined us being in the horrible condition that we have in every aspect of modern society.

Yet, here we are.

What am I getting at? Let me answer you with the same info that I gave during the radio show…

The world can fall apart tomorrow. I fully expect that I could wake up in the morning and the grid would be down, the government would be in full-on martial law, no utilities, no food, and violence everywhere.

Or, ten years from now I am looking back and wonder how we could have fallen so far in the last ten years.

Yup, a cop-out answer for sure:

My point is…DO NOT SET A DATE!

Don’t fall into the trap of getting caught up in blood moons, some vision, some dream, some prophecy, some panel of experts projection, some Mayan calendar, or any other male cow dung junk like that. Don’t buy into some Rabbi’s interpretation of a Bishop’s vision based on a long-dead guy’s 5th-century dream.

Preppers have to stick with the basics…we are preparing for emergencies, disasters, and grid-down events. When they will happen we don’t know. How bad they will be we don’t know. We just know that they will come and we are better off being prepared for them when they do occur.

Do not think for a minute I am saying the world around us is in no danger of collapsing. I said clearly I think it could happen tomorrow. And, don’t think I am not belittling people who claim dreams, visions, and prophecy. I believe in those things as well, to one extent or another.

What I don’t buy into is date setting by people who have no real authority or special gift to do so. Seriously, who are they to “know” some date when something will happen? And who are you to think they have some validity in what they are saying?

Really? Who the heck are they to make such wild and unsubstantiated claims? And, why would you even want to listen to them, let alone believe them?

Why? Because I think that someone, with authority, can be prophetic in that way. And, it’s because that every

day, normal, average folks have been making these wild prophetic claims for years, decades, centuries, and none of it has really came true. They had no authority to make those prophecies.

OK, before some of you want to blast me with examples, don’t. A person can take a Nostradamus thing and turn it into pretty much whatever they want to make it out to be…and call it true. Don’t go there.

What I am asking you to do is be realistic. Go with what you know. Don’t buy into all of these predictions that involve specific dates. If you buy in to the date thing you are likely to be pretty disappointed.

Prepping is a life-long endeavor.

types of events that would/could prove devastating. Well, devastating if you are not prepared. Look at prepping as “insurance” against emergencies, disasters, and grid-down. You pay your premium each month and sleep well at night knowing you are covered.

Wrapping this article up, I am asking you to be balanced and enjoy your life. Be a prepper and allow that prepping to enhance your life that much more, not take it over, and consume you and your family. Be happy, enjoy sunsets, love sunrises, go for great walks with your spouse, throw the football with your kids, and then work on your solar project or build your radio GoBox as time permits.

And, finally, sorry to disappoint you that I wasn’t really looking for a date. I know, I am such a tease…right?