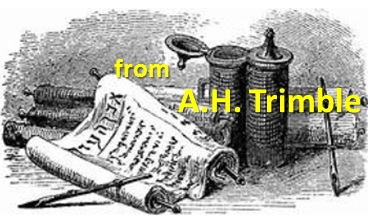 I wanted to provide you with some updates…one embedded in yesterday’s post and some additional information that outlines what the leftists have planned.

You may think I am being melodramatic or exaggerating in my drawing a parallel with current events and the “purges” of the 20th century…think again. Here are a few quotes from that last couple of years that might make you stop and think.

2019 – The Washington Post’s Jennifer Rubin said, that the entire Republican Party had to be burned down and no survivors could be left. We have to level them because if there are survivors — if there are people who weather this storm, they will do it again.

2020 – Long-time Republican strategist Stuart Stevens said, burn it [the Republican Party] down and start over.

2020 – NBC journalist Katie Couric he spoke of the deprogramming of Trump’s supporters.

2021 – Former FBI Director James Comey said in an interview that the Republican Party must be burned to the ground.

And I updated the article “The Utter Destruction of America…Now Occurring” from 1/23/2021 with a quote from a DEMOCRAT on the extreme danger of what the Democrats are doing…specifically what Avril Haines (DNI) is doing. Haines is taking the Biden/Harris leadership role in ramping up the 21st century American Cultural Purge.

Why am I going to such lengths to produce all of this information on what is happening with the American Cultural Purge? Simple…a warning to you that I am sure that 1930’s German Jews wish they had received.

I beg you to prepare!

note: if you are wondering how to prepare or what to prepare I would encourage you to read SitRep – 07/17/20 – WARNING !

I am working on a more comprehensive and detailed list of preparations to consider. More on that later.

I want to state again, to clearly stress the importance of, what is happening right now in America. We are falling, falling hard, into a deep and dark rabbit hole of authoritarianism that we may never get out of. We are looking squarely at a “purge” of Americans that is equal to all the other evil purges of leftists in history (Communists/Marxists/Socialists/Fascists). While we are in the early stages of such a purge…it is developing as we speak…and it is going to get much worse unless…