For years now, decades actually, I’ve maintained that “outcomes” are the key, not “intentions.” Meaning look at the outcome of what person’s, company’s, or even a country’s actions are vs what their intentions are. It is what the results or consequences are that really matter, not what they said they wanted to accomplish.

In Afghanistan the stated mission (i.e. intentions) of the US government, specifically Bush #2, was to destroy the ability of the Taliban to conduct terrorist activities. Then the mission morphed into “nation building” and “spreading democracy”. Success or failure? 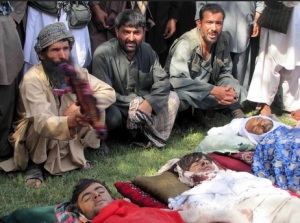 Taliban now operates freely and openly in Afghanistan…oh, wait, the Taliban is the government in Afghanistan. And we provided billions of dollars of advanced military equipment when we retreated from their country. And Afghanistan is a theocracy run by Islamic zealots whose standard of living reflects a loss of 1500 years of civilization.

So back to Russia…is Russia losing?

conducting in the Ukraine. They have lost thousands of military vehicles, including their most advanced T90 main battle tank. A tank so tough, advanced and sophisticated that a $1,000 drone dropping a $100 hand grenade can turn it into flaming scrap metal. But they do control a good portion of Ukraine as a result of 6 months of operations.

So Russia has basically disrupted both the food and fuel situation in the entire world. Their actions, and the western country’s reactions, have caused fossil fuel prices to jump and energy availability to drop. It’s to the point where the EU is wondering how they are going to keep their populations warm this winter. Many non-western countries are facing starvation for notable percentages of their populations. In all countries food prices are spiraling into uncharted territory. In the US prices on everything are putting immense pressure on middle and lower income families…and it is predicted to get worse, potentially much worse. The US stock market is headed to, if not depression era lows, recession era territory and trillions of dollars are being lost.

So I ask the question again…Is Russia losing?

Wait a minute…are we even asking the right question? Remember I spoke about “intentions vs

outcomes”…remember that just a minute ago? Outcomes are far more important than intentions. And when you are dealing with countries you have to consider the presence of propaganda when absorbing governments taking about intentions. And as we know…the USA is a master of propaganda…no one is better at lying and deceiving than the government of the United States. Doubt me? Think Afghanistan, Iraq, Vietnam, etc.

So go back to the outcomes I was listing in regards to the situation in the Ukraine. Now, add to that list of outcomes the fact that NATO countries have spent some $200+billion in direct and indirect military aid to Ukraine. So did those countries put in an order to the Walmart of the military-industrial complex and have it all drop shipped to Kiev? Nope! All that stuff came off the shelves of military warehouses and out of munition bunkers.

And so…do you think that those countries will let those shelves stay bare or those munition bunkers stay empty? Of course not! Think about it…that equipment sent to Ukraine was up to 20 years old in some cases, purchased at 2002 – 2010 prices. To fill those shelves and bunkers back up those countries now buy the latest and greatest replacements, upgraded of course, at 5 – 10 times the original equipment prices. So the military-industrial complex now gets new orders of upwards of $2TRILLION of equipment.

Hummmmmm, and who pays that bill? Oh, the taxpayers of each of those countries…those countries who are already suffering economically under historic inflation and energy shortages.

So maybe we should be thinking and asking something completely different:

But…let’s add some of this into the mix:

But, there is one problem with the 4 items mentioned directly above…it hasn’t just started since the beginning of the Russian invasion of Ukraine. In the EU they have been destroying their energy production for several years…same with their food production capability. For the US, some states have been at it for just as long but in hyper-drive for the last 2 years.

never the poor, it’s never the military Private on the front line, and it’s never the civilians getting buried!! Nope!! So…hummmmmm…maybe propaganda is preventing us from asking the right questions altogether.

Now, wouldn’t it be terrible, a true tragedy, if we actually knew the right questions to ask…and we just ignored asking them?  I wonder “Why?” that would be.

And then again, do we have the courage to ask the right questions…and then do something about it?