When I post an article in the evenings it doesn’t get a lot of views. When I post an article on the weekends it gets even fewer views. So naturally I try to post during week days, preferably Monday – Thursday, in the mornings. However, the Roe decision on Friday made a situation where I simply had to post the “warning” and the follow-up the next day. I hope you read both, but the numbers show that many folks didn’t get to them as they normally would.

So, if you haven’t already, please take the time to read those two articles:

Yesterday I spent a fair amount of time reviewing reports of all the violence that broke out in relation to the SCOTUS decision on Roe and Casey. Saturday and Sunday were sad days for America.

What I saw were peaceful gatherings on both sides sharing their thoughts and feelings…those were fine, legal, and within the American spirit. But then there were the ugly gatherings…the ones where either/both sides were taunting the other. What is the purpose in that? What does it accomplish other to antagonize and inflame?

Then there was the violence…uncalled for in any civil society…and it was on both sides. From my

observations it was about a 90/10 split with the 90% of the violence coming from the leftists. But that was expected based on their history of violence against any/all those that disagree with them. What disturbed me were these so-called “pro-life” folks who committed violence for their cause. The most egregious occurrence was a conservative pro-life male political candidate who got in a physical fight with a liberal pro-abortion female candidate…and he repeatedly punched her in the face. And to top it off…the pro-lifer was a police officer as well. Shameful!

And the expected…the radical left-wing extremist so-called Hollywood celebrities. Of course they have a right to express their feelings and opinions…that is the 1st Amendment. And they clearly showed their radical beliefs and/or their mental illnesses as well. The absolute filth and trash to come from that sector is enough to make a person physically ill. How can a person not see the degradation and mental/spiritual squalor that comes from them!? And yet we buy their movies, watch their shows, buy their brand of clothing, and listen to their music. Satan must be laughing at and enjoying this moment in history.

The most disheartening to me were all the companies such as Dick’s Sporting Goods, Disney, etc., immediately after the Roe decision, announcing they will pay employees to have abortions. That is sickness of the soul to an unspeakable degree. And I hope folks know that supporting those companies helps pay to kill babies.

I could go on and on but you have probably already read the new reports, watched the videos, or seen the info on social media so there is no need for me to rehash it all. Just know that it is happening, it will get more and more violent, and the country will go to war with itself.

Now…hear this…my message to you…please hear it loud and clear…DON’T!!

If you are pro-life there is no need to gloat, taunt, or parade this victory. Act with quiet dignity. In your 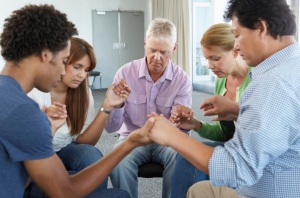 family, with your friends, and in your congregations offer heartfelt prayers of gratitude for this momentous time to your father in heaven. Plead and beg for peace and civility that we may not tear asunder every last bit of humanity that might exist in this country.

Now, I also want to encourage you to be 100% ready to defend yourself, your family, your congregation, and your community from acts of violence. But hear me…”self-defense” only!!

Do not go on the offensive, strike the first blow, or go looking for trouble against those that threaten you or those around you…they are only threats. Do not succumb to the temptation of violence against others based on words alone. If they strike, then defend. Until then be prepared, be calm, be respectful, be thoughtful, be thankful, and be humble. Otherwise…you are no better than those that seek you harm.