A senior economist at one of the oldest conservative think tanks in America and a former International Monetary Fund economist just declared that “America’s inflation is beginning to resemble a Latin American country.” He also stated “The U.S. is in a very bad position from a long-term point of view. I don’t see how this can end well when we’re running [annual] budget deficits something like 15 percent of GDP.” He then went on to say, “We are seeing the money supply now growing well over 20 percent year-over-year.”

Two Wall Street reporters wrote recently that “The pandemic has pushed global government debt to the highest level since World War II, surpassing the world’s annual economic output.” Yes, that means that the world debt to world GDP is over 100%!! That is very, very dangerous territory.

Also only a couple days ago two more WSJ reports wrote that America is entering a transitional phase of higher prices, higher inflation, and higher interest rates that we’ve had in decades and decades. Now, there are two points that I want to bring out; 1) I was around on those “decades” that they are referring to…mortgage interest rates were in the teens to twenties and credit card rates were 20 – 40%, 2) did you read the word “transitional” in that statement? Their words not mine. Our economy is transitioning…and you know what it is transitioning into…and it is bad, very, very bad.

The world economy is about to really, really suck. In a nut shell emerging countries went heavily into

debt…$86trillion that we know about. And that debt is at astonishingly low interest rates thank to the Federal Reserve and other central banks (foreign government federal reserves). Now that the Fed and central banks are starting to raise interest rates with discussion of notably higher interest rates to curb inflation…well, most (if not all) of those emerging countries will not be able to refinance their current debt debt and no means to payoff the debt.

When that occurs those countries go into default. When they go into default then there is a run on that country’s economy. And when that occurs…1) they go bankrupt and the loss of those trillions of debt hit investors like they’ve never been hit before, 2) the US and other G7 countries will have to loan them more money at special rates…meaning that the G7 countries print more money…meaning that global inflation gets even worse. 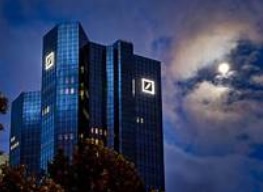 And then there is Deutsche Bank…one of the largest banks in the world…a favorite of the global ruling elite. They consist of private banking, corporate banking, investment banking, and asset management. Their total assets…in the multiple of $trillions!! And who happens to be the #1 shareholder? BlackRock. And just FYI…BlackRock is the largest asset manager in the US…and handles the investments of federal employees. Well, what did Deutsche Bank have to say that caught my attention?

On June 10th they issued a “dire economic warning for America”, “…we could be on the brink of

excruciating economic pain.” They added statements such as “…the very role of government in the economy, is undergoing its biggest shift in direction in 40 years” “We have seen this happen many times over the past century. From Weimar Germany to present-day Venezuela, massive money printing never works and always spurs out-of-control inflation.”

Once again, two key points; 1) they clearly intimated that we could be looking at a Weimar Republic collapse situation…that lead to the rise of Hitler, 2) they also stated that the federal government’s role in the economy is shifting…transitioning.

Then again on the 14th, “Further disregarding inflation will push the global economy to a major crisis, according to the latest report issued by Deutsche Bank economists who point the finger at the US 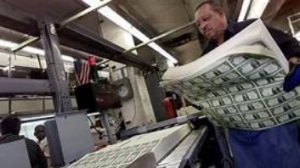 money-printing policies.” “By the end of this year [2021], we will have twice the number of dollars in circulation compared to 2019.” “Inflation is a construct of Wall Street and endless money printing to feed the beast. Without Wall Street, there would be next to no inflation because the actual market of producers and consumers of goods and materials would set the price.”

As if you don’t already know…the US economy is collapsing. No, it hasn’t collapsed…it is collapsing. And while many call it inflation I clearly and unequivocally claim it is devaluation…the US dollar becoming less valuable.

You must prepare now for the economic collapse. I outlined some things you should consider <click here>

Now, if you have been paying attention to my guidance over the years you’ve learned to ask two questions whenever you are presented with information. 1) Who gains money?, 2) Who gains  power?

So you have one of the largest banks (Deutsche Bank) in the world release a warning about the US economy and global inflation…and predicting the collapse of the US as we know it. Then you have one of the largest financial media outlets (Wall Street Journal) doing virtually the same thing. And of course a world renown conservative economist doing the same. And they’ve done it within the last month. Huummmm……..

Now, you ask yourself those questions in regards to the information they released; 1) Who gains  money?, 2) Who gains power? But, remember…it will be the “actions” of people acting on that information that is important when considering the questions.

But, there was a somewhat hidden tidbit of consistent information woven in all that information…government role/involvement and transition. And therein lies a HUGE key to all of this.

But, the most important piece of information…each warned of a collapse. And if you listen to Deutsche Bank who was around at the time of Germany’s collapse and the rise of Hitler…well, they just might have a little experience under their belt in that arena. Considering they directly equated it to our situation today…something to consider…seriously consider. 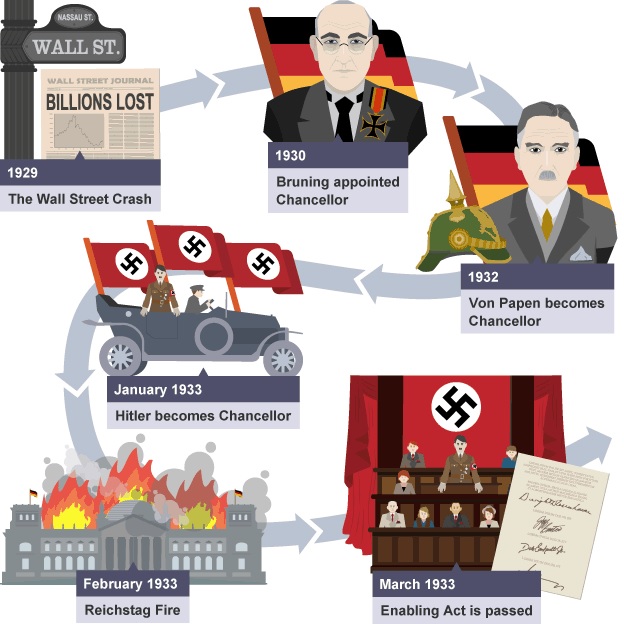 All of that is just 4 short years. Then a world war 6 years after that. Nine years…from start…to hell itself. 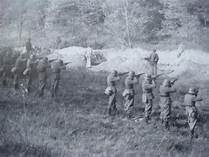 Now, hear me…hear me clearly…I’ve been warning my website readers for years and years exactly what has been and is going on. None of this should be any surprise. But, here is the rub…

YOU NEED TO DO SOMETHING TO PROTECT YOU & YOUR FAMILY OR ALL OF MY WARNINGS ARE WORTHLESS !!!