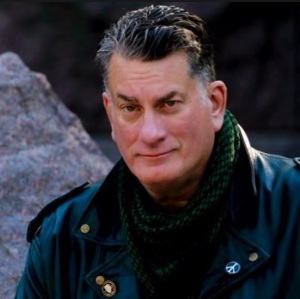 After the October 19th Rolling Stone article appeared a bunch of folks have jumped on the anti-FBI band wagon…finally waking up. I started getting wind of the upcoming fury of reporting as I was putting the final edits together on my 10/13 article “The Darkest Days of America” wherein I identified the FBI at America’s Gestapo…which they have clearly become. I have been making the case against the FBI for years with facts and evidence that show they have become militarized, weaponized, and politicized…nothing more than a modern America-based Gestapo.

I have also written about the federal government’s using terminology to identify any US citizen as a domestic terrorist and thus remove any Constitutional protections from that person so identified. That label removes all rights of US citizens and makes them vulnerable to the whims of any US agency that wishes to do whatever they will against that person…including killing them. Yes, the US federal government argued that “right” in court and the court didn’t strike it down…and that enabled the White House “kill list” agenda.

James Gordon Meek is the latest individual that has now gained the spot light in the media. Meek is/was an amazing journalist…but the US federal government hates his work. Why? Because time and time again he reported misdeeds (i.e. crimes) being committed by the military and the federal government spy agencies. Meek was very well connected to sources inside the military and the US spy web. When things went wrong, intentionally or accidentally, those with knowledge would go to Meek with information that Meek would use to expose the dark folly in his articles.

14th regarding the trial and conviction of the British ISIS member called the “Beatle”. There were some odd and unexplained irregularities that came to light during his trial in regards to US activities…and the involvement of journalists in the Syrian war. Those irregularities were never followed up on by anyone after that trial outcome.

Those articles were not unusual for Meek; in Nov. 2020 he co-authored an article regarding a brutal murder of a journalist and her mother in Turkey. Both were outspoken critics of the war in Syria and the regime’s leader and together they produced many articles regarding the war and the regime’s activities. The murder had all the earmarks of a professional contract “hit”…as one that would be carried out by the CIA or under contract through the CIA. The US government promised a full investigation but it never happened. Why? A distant relative from Syria confessed to Turkish secret police that he carried out the murder over a family debt. Yeah, he cut their throats, covered them with blankets, then used laundry supplies to cover the smell of the decomposing bodies…over a minor debt dispute.

There is information that Meek was working on additional articles, one being Ukraine and US government jointly engaging in bio-terrorism research and development in Ukraine. That is all I can say for sure without additional verification. But, the FBI raid, in coordination with other US government agencies, against Meek was carried out 13 days after his last Syrian war article and while he was preparing articles on the US/Ukraine collaboration and the retreat of the US from Afghanistan under direct orders of Biden.

Yup, one of the other projects Meek was working on was Biden’s withdrawal from Afghanistan. The Biden 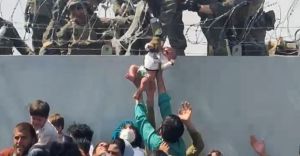 Administration touts the loss of the war and subsequent retreat from Afghanistan as some kind of victory of Biden’s and the military establishment. But, it is well-known within the military and intelligence communities that it was an intentional arming of the Taliban with billions of dollars of us military equipment, some it very advance technology. Reportedly Meek had some very damning information against the US and Biden regarding the retreat.

So the US government claims, via an FBI spokesperson, that Meek had classified US intelligence information on his computer, and that was used as justification of the pre-dawn raid by a full military compliment of heavily armed “agents” in completely unmarked vehicles along with at least one armored military vehicle.

And here are some interesting things to think about:

Final thought…Back on January 20th, 2022 I wrote the article “Feedback & Comments : the FBI & CIA” where I explained how FBI and CIA agents often switch “employers” as the situation demands. That allows FBI agents to participate in torture, work in black sites, and take part in black ops overseas as employees of the CIA. And it allows CIA agents, “working” for the FBI, to officially/legally operate on US soil.

So back to the April 27th raid…the large number of military-style “agents” that raided Meek’s apartment had no identifying insignia on their gear. None! This means this was a “black op”…a US government operation without the ability to tie it to a specific federal agency. Although when asked, the FBI did say they had personnel in the area at the time of the operation…strange.

Folks, we are living in a post-Constitution era in the United States. As I said earlier, today’s FBI operates as Nazi Germany’s Gestapo…and the Meek operation is just another example of it. 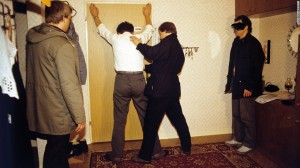 Well, maybe I might be incorrect. The FBI appears to be acting just as the East German Stasi and the Soviet Union’s KGB did decades ago.

So who disappears next? Or, who gets murdered next when they

“resist” or “threaten” FBI agents when the FBI embarks on their next raid to silence and terrorize US citizens?

Maybe the real question should be, “How long do we tolerate America’s Gestapo, Stasi, KGB, or whatever you want to call the FBI?”