In this article I decided to identify “authoritarians” for all my political related articles going forward. Why? Because there are two basic forces at play today in America, and on the broader global stage, politically speaking. It is a struggle to decide if mankind can live according to God’s will (i.e. rights, freedoms, and liberties) or be forced to live as government decrees (authoritarianism).

Before I give my opinion of the definition of authoritarian I need to provide background on where that definition came from. And the best way to do so is to explain the diametric opposite.

In the late 1600’s the defining of a political thought developed that stated political authority is that which is necessary to protect the person and property of individuals and to guarantee their natural rights to freedom of thought, speech, worship, life, liberty, property, and to live life as they choose.

This new political concept was developed and championed by John Locke, who is considered to be the grandfather of the American Declaration of Independence and the founding principles behind the United States Constitution.

Significantly to consider is Locke thought that revolution is justified when the sovereign fails to fulfill these obligations. The new political set of principles is referred to as classical liberalism…NOT the liberal ideology of today’s political world. The aim of the early classical liberals was to limit the power of government over the individual while holding that same central government accountable to the governed.

Traits of classical liberalism are:

Some traits that are in opposition to classical liberalism:

Now, back to “authoritarian”…

Now that we have explored all of that information and created an objective and accurate picture of authoritarian regimes and who the real authoritarians are, what I would like to do now is look as some political positions to identify who, in our current political environment, may be the authoritarian…and a threat to rights, liberties, and freedoms that our Founding Fathers so passionately believed in. Political stances that almost always indicate authoritarian beliefs:

And that is just a partial list, there is more, much more…but this list will give you an idea of where to look and how to potentially think about it.

So why do I write this? It started with the mass-shooting in Buffalo and became strongly and clearly evident after the mass-shooting of children in Ulavde, TX. I was doing research into what actually took place, the facts and evidence. I listened to a long list of politicians doing their well-worn diatribes on gun-control. Nothing new…restrict guns, ban gun, ban high-capacity magazines, assault weapons are evil, etc. All of which are in direct violation of the Second Amendment, as are all current gun restriction laws.

The Second Amendment is clear…

Notice the wording is clear, unambiguous, and simple in its entirely. And please note the use of commas to ensure a true and complete understanding of the intent of the Constitutional writers.

In this particular situation, the Second Amendment, according to the US Constitution itself, ensures that no state can create any law or other restriction on owning or carrying a gun. Well, at least

according to the actual principles, original writing, and intent of the US Constitution and Founding Fathers.

So I came across a very recent interview with a certain Republican Senator from the west who is considered by many Conservatives and Republicans to be a stalwart of, defender of, and advocate for freedom, liberty, rights, and the Constitution. Well, well, well…he started talking about gun rights…and he never referred to the actual wording in the Second Amendment…at all!!! He went on and on about what commonsense restrictions should be…yes, he

advocated for and supported “restrictions” at the federal, state, and even local levels.

What is a “restriction” of a right? An “infringement” of a right. And the Second Amendment says “…shall not be infringed.” It couldn’t be more clear to a believer in the US Constitution…and couldn’t be more muddy to a true believer in authoritarianism. And that muddy water gives them plenty of room to implement their version of control over citizens.

I was not surprised. Leaders and members of both parties supporting restrictions of gun rights…just in varying degrees of unconstitutionality.

For me it brought into clarity the single pervasive problem in America today…the rise of, dominance

of, support of, and the winning of authoritarianism. Any clear headed and reasonable person who understands the nature of, and the natural outcome of, authoritarianism would/should oppose it…ALL of it. That would be especially true for anyone who claims any attachment to, or claim of, Christianity. 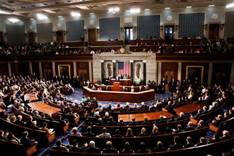 who would benefit from it. And those are the folks who want absolute control over others, and the elimination of freedoms, rights, and liberties.

As I have been writing for years now I see the utter evil in political parties. I am in good company with George Washington, I took him at his word…and proved his warning to be 100% true. Neither the Democrats nor Republicans have maintained rights, liberties and freedoms outlined in the Constitution. Neither party has controlled the growth of government, nor enacted/restored free markets and free trade, or maintained Constitutional negative rights on the federal government. Both parties have given us huge budget deficits and a national debt that can never be repaid. Both parties supported gun control, both 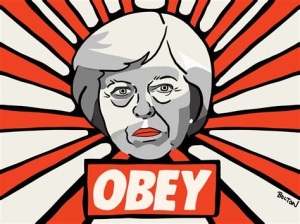 parties…I could go on for hours with this list.

What I have seen with 100% clarity are politicians from both sides closely matching the personality traits of an authoritarian and running their respective parties with platforms and deeds that match authoritarian principles.

And for those that may be supporters of a certain past president…please review the list of “Personality traits of authoritarian personalities” in purely objective terms.

A way to judge my meaning…the Founding Fathers were not believers in authoritarianism. They were however, classical liberals whose beliefs I have now fully embraced without reservation. Why? Because I believe they most closely match eternal God-given truths and principles.

What I ask of you is two-fold:

Second – Review ALL politicians and any political party for their support of authoritarian principles.

That being done…decide if you want to embrace, or at least support, authoritarianism. Because folks, right now in the USA…we live under authoritarianism. It may not be absolute or 100% complete yet, but it is well above 90% and closing the gap quickly. And every time you put politics over principle you support and encourage closing that gap. And I see that gap slammed closed between now and 2024.

Meaning…you either support authoritarianism…or you oppose it. There is no in between. Evil is evil…period!

Choose you this day who you will serve. 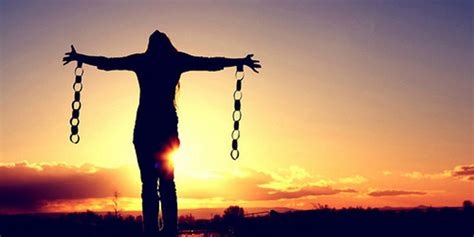 Note: If you are wondering why I wrote and posted this article instead of the next installment of the May 2022 SitRep…well, to understand what is coming in rest of the SitRep you have to understand my position regarding authoritarianism. And you must have come to some conclusion on where you stand with it.