I figured someone would ask me about this whole raid thing. I hadn’t wanted to write about it because you guys already understand what is going on with this situation. But hey, you asked.

First off…Well, you busted me! Yes my original “Let’s talk about the FBI…again” was heavily changed after I had 3 people read it prior to publishing. And they all thought it would put a HUGE target on my back…one said my life would be in danger because of it. My wife said she would support me no matter what I did. I chose not to put others in danger but still get my point across with what I wrote. Yes, I think the FBI is that dangerous and ruthless.

As to “the FBI raid on Trumps home in Mar-logo”…let me ask you this, Are you surprised?

very long time. At first the FBI kept it relatively concealed, in the last 30 years they have been in our faces (US citizens’) daring anyone to work against them, resist them, speak out against them, or try to reform them. Remember it was the FBI who was the lead federal agency in the attempted coup against President Trump to begin with. And they had plenty of help from the

Department of Justice (DOJ) and the CIA.

And interestingly enough…the FBI is not authorized to even exist according to the Constitution.

Also, remember it was Merrick Garland (current Attorney General heading the DOJ) that Obama nominated for the Supreme Court…and the Republicans kept him out. So he has a huge personal grudge that he is using the DOJ to settle. And let us not forget…this is the same AG that didn’t do a thing to protect Supreme Court Justice Kavanaugh after the assassination attempt by a liberal/progressive back in June of this year. His agenda is clear. 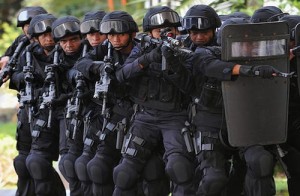 And yes, the raid on Trump’s home is the first in the history of the US…that should tell you a lot. And interestingly enough, Trump had been cooperating for months with the investigation turning over whatever was asked for as I understand it. Yet, they still carried out the raid.

It is ironic to hear all the support for this action…and it is exactly this kind of action that turns us further into a Banana Republic…an authoritarian state. So is this the new norm…raid all ex-president’s homes? If so, Clintons and Obamas may go to prison yet. 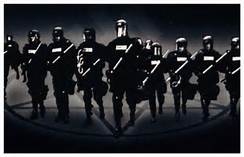 Here is what I find very telling…notice all the local law enforcement supporting the FBI in the raid?

So next time you hear someone talk about how loyal law enforcement is to the Constitution…think about this raid.

So, why the raid? Really, really simple:

If Trump is guilty of something…bring him to justice. And for equality and justice…do the same to all former presidents…investigate and raid…then justice can be served. But do you think for a micro-second there is justice anymore…especially with the DOJ and FBI?

Bottom line…this was all about power and messaging that to everyone.